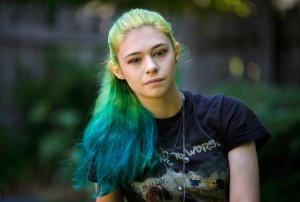 Perhaps to celebrate Supergirl’s latest addition, a transgender superhero played by transgender actress Nicole Maines, this week has been declared the very first international Recognition of Gender Diversity week. Inspired by this, here is an assortment of poems.

in praise of bell curves
we cry for normality
no deviation!

a misogynist?
I do not draw boundaries
between sand castles

Radical? Don’t make me laugh! So-called ‘feminists’
Obsessing over genitals endlessly, as if flesh were all!
Gatekeeping woman’s country – with ignorance:
Devil take ’em, and all who follow…

the penis is cursed!
they cry for its removal –
but not like that…

such fear of the knife!
if it were reversible
would you celebrate?

mark my words with care:
one taste of diversity
will corrupt for life!

there’s no valid age
for a child’s self-assessment!
they’ll die too young

A Sci-Fi & Fantasy author and lyrical poet with a mild obsession for vampires, succubi, goddesses and Supergirl.
View all posts by Frank →
This entry was posted in Poem and tagged haiku, poetry, Recognition of Gender Diversity, ROGD, ROGDWEEK2018, superhero, tanka, transgender. Bookmark the permalink.