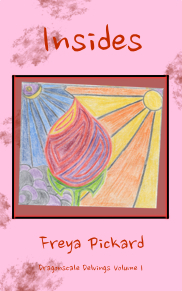 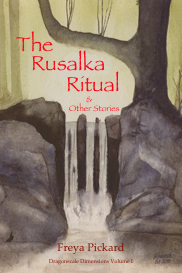 The Rusalka Ritual & Other Stories

The Essence of Thyme 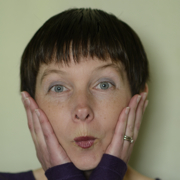 Today I’m delighted to have a guest post from Freya Pickard, a fellow haiku poet and fantasy author. We share a love of dragons, structured poetry and Gilbert & Sullivan…

Thank you, Frank, for inviting me to write a guest post at your quirky and entertaining blog!

What do you want to know about me? I’m Freya Pickard. I write novels and poetry and I am a cancer survivor. My most recent publication is a collection of poems written between July 2014 and September 2015. These poems trace my journey through having a colostomy, experiencing open surgery for bowel cancer, enduring chemotherapy and starting the long road to recovery. It is autobiographical but other cancer sufferers seem to identify with it, even if they’ve had a different kind of cancer. I’ve also tried to make the experience of cancer accessible to those who have been lucky enough not to have the disease.

I’ve just announced that I feel fat.
Mum, of course, said I wasn’t.
Soulmate, however, agreed, saying
“She’s like a brick on sticks!”

I managed to retain my sense of humour throughout most of my cancer experience; it was only really chemotherapy that made it disappear… Most of my other writing is humorous, particularly if I’m writing about Dracomagan. But I do have a serious novel coming out next. Well, I say serious, in that it’s not flippant, like Dragonscale Leggings. There’s still an element of humour in it. I think it should be classed as high fantasy, but anyone who enjoys magical mysteries and romance will enjoy the forthcoming novel, Vintrig’s Kingdom.

Dracomagan does not appear in Vintrig’s Kingdom, even though the action takes place in her world, just a bit further north. If you’ve read Dragonscale Leggings, you will have come across a minor character called Sama Conn, a musician. He has a leading role to play in Vintrig’s Kingdom…

Which leads me nicely to answer the question that keeps being asked: Why does Dracomagan prefer her potato peeler to her sword? Why a giant potato peeler? Well, if you read Dragonscale Leggings, you’ll find out. But, if you want to know the story behind the potato peeler, read on…

When I was at college, in 1992, my creative writing lecturer set our group the task of writing a modern day fairy tale. I knew I wanted to write about dragons as I always did, but how to get that into a modern fairy tale? As usual, I played around with lots of ideas in my head, none of which I recall now, but I do remember the moment inspiration struck.
I was doing the washing up in our digs (yes, we were 3 girls and we took turns washing up!) and I was drying the potato peeler and realising that the blade wasn’t actually very sharp. But suppose it was and if it was a lot bigger, it would be a really, horrid weapon…! Oh! Just got my idea for a modern fairy tale. (In order to peel the dragon hide off the dead dragon, a peeler is a lot easier to use than a longsword – trust me!)

I don’t often share insights into my writing process, mainly because it’s so intuitive, it just happens! And, as I mentioned on Christy Birmingham’s blog recently, if I try and analyse my creative process, it gets up and leaves me!

Anyway, I have to say goodbye for now, as there’s another story nudging me, wanting me to write it down.

Keep positive, especially if you have cancer. Stay calm and take one day at a time…

trapped
between anvil
and hammer I
cannot move; being forged
anew