A Beginner’s Guide to Copy-Editing: 1. Apostrophes and Quotation Marks

Let me begin by stating that I am not a professional, just a self-publishing writer who tends to obsess over grammar. Sometimes I offer to help people with editing – I can be very critical of grammatical errors in my reviews, but would prefer to fix the errors than complain about them.

I don’t want to refer to particular style manuals. Publishing houses and editors have their policies and preferences. Self-publishers have the freedom to choose their own rules, but only within reason.

I am writing this partly as a reminder for myself when editing. If it’s useful to you, then great. 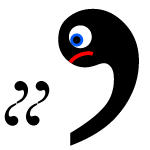 ‘“I’m Alyth,” I replied nervously. She was wearing a black polo neck and dark jeggings, so all I could see of her was her hair and the faint glitter of her eyes. Quite sinister, in a way.

‘But her voice was light and enthusiastic. “I love libraries,” she said. “So much ancient knowledge. So many secrets. Nowhere else does fiction blend so easily with fact.” …

There is some confusion arising from singular nouns which end in ‘s’. Should it be the goddess’s divine beauty or the goddess’ divine beauty? I prefer the former, but there are some cases where it’s very difficult to pronounce the resulting word, and some people omit it.
‘Perhaps,’ he said, frowning uncertainly. ‘It’s certainly possible, and if the train were to be delayed’ – and the subtle look he gave me suggested that maybe I could assist the train somehow in being late – ‘then I would say there’s a very good chance indeed!’ He leaned back with a satisfied expression.
‘Switch the TV on,’ he reached for the remote control.
its, whose, yours, theirs
These are words of belonging but do not have an apostrophe.
e.g.: Whose poetry is this? I don’t like its rhyme.

I am not the first and will not be the last to write about apostrophes. Here are some excellent links:

A Sci-Fi & Fantasy author and lyrical poet with a mild obsession for vampires, succubi, goddesses and Supergirl.
View all posts by Frank →
This entry was posted in Writing and tagged apostrophe, copy-editing, dialogue, grammar, quotation marks, quotes, speech. Bookmark the permalink.